There’s definitely a chilli in the air ...

The pressure of being a judge is not to be underestimated. Not exactly to RHS standards but by carefully ignoring all the various subterfuge plots, and following the rules set out, winners were selected:

The consolation prize was the easiest to select.

The other two were in danger of causing if not world war III, some seriously disappointed faces! 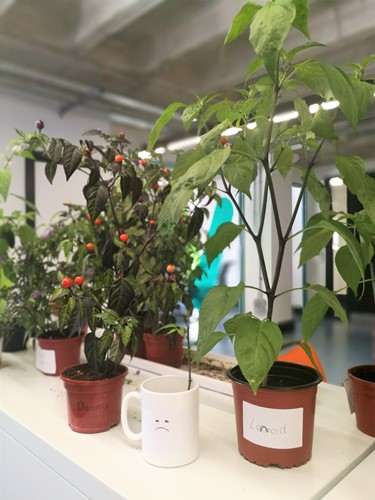 The proof of the pudding, as they say, is in the eating and one little red berry packed a pretty good punch!

Putting effective solutions together takes more than great technical skills and process. Sue has extensive experience in the information solutions field, which she deploys to ensure Village develops long term clients, not flash in the pan projects. She also helps to ensure that we are not just clever programmers but we provide an infrastructure around our work to ensure we are a sure footed and reliable partner to our clients.