Making a 'Special Contribution' Beyond the Code

The fact I am writing this post on the Village Software website probably gives away the fact that I am a software developer in my day job. However, there is a little more to me than initially meets the eye...

I also moonlight as a Special Constable - a volunteer police officer who maintains the full powers and equipment used by my regular counterparts. This journey started way back in 2015 when I initially signed up for the position, finally becoming attested as a Special Constable in June 2016. Since then, I have worked across many departments within Merseyside Police and helped hundreds of people in their time of need.

I am lucky enough to be a part of the Village Software culture, where ambitions of employees are always supported. This means that I am allowed to take several days off a month to perform my policing duties without impacting my work life. With that said, I regularly choose to work overtime elsewhere throughout the month to make the hours add-up. This prevents any of our customers and partners missing out on my time, simply meaning that I do some of the work out of normal office hours. I tend not to do any policing of a weekend as this is one of my key times I like to spend with my wife, and I think it is important to make a clear distinction between work and home life in order to keep in a sound state of mind and to remain fresh. With this said, my three roles in life as a husband, a developer and a police officer all help balance my life well. Each one offers a brief time away from the others, allowing my to take my mind of certain things and allow me to approach things in an entirely new light when I return - something which I see as a positive.

Parallels between law enforcement and programming

Becoming a Special Constable has rewarded me with a massive boost in confidence. As you might expect, I have to deal with a vast array[] (software pun intended) of different people, all from different walks of life and of different temperaments. The ability to remain calm in stressful situations helps me think things through logically, getting the problem resolved in the most efficient and effective manner with minimal fuss. This was something I was always OK at, but being in the police has improved this ability ten-fold.

Being a software developer also requires an analytical and problem-solving mind. Breaking down big issues into smaller, manageable chunks is part and parcel of the job and can likewise be applied to policing.

Things I do as a Special Constable

Since being attested in 2016 I have worked with Response and Resolution (the folks who turn up to 999 calls), Local Policing (tackling things such as anti-social behaviour, drug dealing etc.), Roads Policing and plain-clothes operations tackling issues in Liverpool such as shop thefts and burglaries. I enjoy all parts of policing, but issuing tickets for traffic offences such as using a mobile whilst driving and speeding is one of the more rewarding things to me. I believe that vehicles of any size are capable of being killing machines, so enforcing law which protects the public (including the drivers themselves), helps saves countless lives. I would much rather a member of the public argue with me at the roadside over using a mobile, than continue driving and potential cause a fatality... 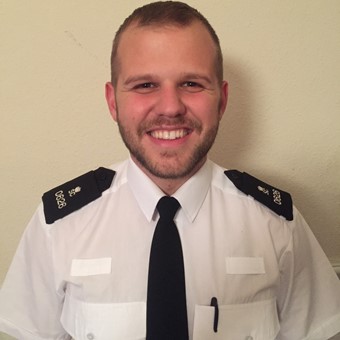